Andover URC is an Eco-Church, certified annually through A Rocha UK. 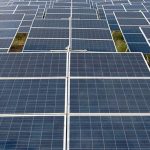 A Rocha provides weekly updates on numerous environment-related topics.  Click here to have a look at their current news items.

In this article, Hannah Eves, Executive Assistant and Researcher at A Rocha UK, examines the government’s recent pledge to cut emissions by 68% by 2030.

On 3 December the UK government announced a new and ambitious target for a 68% reduction in UK emissions by 2030. This target is one of the UK’s NDCs (Nationally Determined Contributions) which are at the heart of the 2015 Paris Agreement and set out how each government plans to reach ‘net zero’ greenhouse gas emissions by 2050. The Committee on Climate Change (CCC) has welcomed this announcement, and on 9 December, the committee published its sixth carbon budget setting out the policies and action needed from the government to reach Paris targets.

December 2020 marked the fifth anniversary of the historic UN Conference on Climate Change in Paris, (COP21) which led to the Paris Agreement with its ambition to bring countries to net zero by 2050. The next UN climate conference – COP 26 – will be in Glasgow this coming November. It will include a critical review of progress; it should also lead to much more ambitious medium-term targets for cutting carbon, if we are to have any hope of avoiding catastrophic climate change. So, a burning question is: will the UK, as host, get its own house in order before attempting to lead the international community at this hugely important event.

The government’s new target gives some cause for hope. Firstly, because it’s in line with recommendations of the independent CCC, which was set up to advise the government on meeting commitments made in the Paris Agreement. Secondly, because tangible targets give those campaigning for further action on the environment something to hold the government accountable to. Finally, because this level of ambition is vital to the UK’s credibility to lead other countries to take action on the climate. This is especially important as the UK prepares to host COP26 in Glasgow in November 2021.

However, targets are meaningless without solid policies and action behind them. “We must remember… that the climate will not respond to targets, it will respond to carbon cuts. It is action that counts,” warns Ed Matthews, COP26 co-director for The Climate Coalition. Not only does the government’s green ten point plan lack the ambition of the new emissions target, but much of what the government is proposing at the moment stands in contradiction to these targets. For example, pledges to spend more on road building as part of the Covid recovery programme, despite CCC’s recommendations to phase out high carbon petrol and diesel vehicle use. Therefore, while the ambition of this target is welcome and gives tentative cause for hope, serious gaps remain in the policies required to achieve a 68% reduction by 2030.

Churches can play a vital role in putting pressure on the government to take more decisive and consistent action at home. As part of the Climate Sunday campaign, A Rocha UK is encouraging churches to join other sections of society in signing a common call for government action in the run up to COP26.

If you’re interested in COP, A Rocha UK’s Wild Christian programme hosted an online webinar explaining what COP26 is, how churches have previously influenced COP outcomes for good, and introducing the Climate Sunday initiative. Watch the webinar here.

This site uses Akismet to reduce spam. Learn how your comment data is processed.