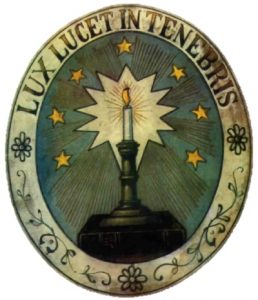 Revd Colin and Anne Marsh have shared with us about their extensive involvement in the URC-Waldensian Global Link.

Read on to learn more about the Waldensian Church in Italy and the URC Fellowship that connects us.  If you are considering future travel to Italy, this link may prove extremely beneficial.

The Waldensian Church is the oldest Protestant Church in Europe, originating in the conversion of Peter Waldo of Lyon around the year 1175. His followers lived a life of simple poverty, travelling two by two, preaching and bringing the Scriptures to the people. Their insistence on the right to preach the Gospel – for women as well as men – soon led to their excommunication by the Church in Rome, but in spite of this the movement spread widely through Europe.

Condemned as heretics in 1215, the Waldensians suffered endless persecutions. They were burned at the stake, imprisoned, tortured and massacred; by the mid-seventeenth century they survived only in the mountain valleys of the Cottian Alps, south west of Turin – the ‘Waldensian Valleys’. Only in the nineteenth century were they granted civil rights and they began to found churches in other parts of Italy.

Today the Waldensian Church has about 25,000 members, with a further 20,000 adherents and children. It has 100 ordained ministers, including women since 1962. In its forms of worship and its democratic government it is very close to the United Reformed Church. It has always been active in the life of local communities, pioneering in the setting up and maintenance of schools hospitals, youth centres and residential homes. Since 1979 it has been integrated with the Methodist Church in Italy and it works closely with other Protestant churches.

The World Church and Mission Department of the United Reformed Church, which was reviewing its contacts with the European churches, decided to try to develop stronger links with the Waldensian Church in Italy in a way that would involve more church members. In 1980 Ruth Cowhig was sent to Torre Pellice to see what could be done.

In 1981 a party of fifty members from different congregations, mainly in the North Western Province, visited the Waldensian Valleys by coach. The beautiful scenery, the dramatic history of this small Church and especially the warmth of the hospitality from the Italians in the local congregations made a big impression on all who went. At the reunion in that autumn it was decided to form an organisation which would build on the contacts made and to call it the URC Waldensian Fellowship.

In the summer of 1982 the first group of thirty two Italians came to England, visiting London, Cambridge, Sale and Kenilworth. Church members gave hospitality in their homes, and the holiday combined sightseeing, visits to United Reformed churches and individual friendship in a very happy way. Since then there have been further visits in both directions, involving an increasing number of people and congregations.

The pattern of visits has continued in alternate years. British groups have been to Sicily, Florence, Naples, Elba, Ferrara, Rome and Venice, as well as returning to the Waldensian Valleys. Italian groups have stayed with families in Sale, Shrewsbury, Oxford, Durham, Bathgate, Aberystwyth, Leek and many other places where United Reformed congregations have welcomed them.

In several years, groups of young people have spent weeks in various Waldensian centres with Italian young people, and have taken part in study weeks at Agape, the international ecumenical centre in the mountains. The Liceo (high school) in Torre Pellice has built contacts with the six schools related to the URC. Young people have worked as volunteers in church centres or as au pairs.

Waldensian pastors have studied at Northern College: Gregorio Plescan, now the minister in Bobbio Pellice, and Luca Baratto working in the media in Rome. Two United Reformed Church ministers have worked in Italy: the Revd Jonathan Dean in Turin for three years and the Revd John Bremner spent six years in Cremona, Piacenza and Milan.

The URC Waldensian Fellowship remains a very informal organisation, with members in all parts of the United Kingdom. There is a close relationship with the North Western Synod which represents the whole United Reformed Church in maintaining the link with the Waldensian Church. Ministers from the Synod held their Summer School in Torre Pellice and Turin in June 2010.

The Fellowship retains the principle of building understanding and friendship between ‘ordinary’ members of the local churches. The links with the Waldensian Church continue to develop, firmly based on many personal friendships and shared experience in the churches.

Group holidays for United Reformed Church members and friends are organised every second year, visiting the Waldensian Valleys and other church centres. In the years when there is no visit to Italy, there is a gathering of the Fellowship to exchange news, usually with a speaker from the church in Italy. The Fellowship has organised exchange visits for young people to stay in church centres in Italy and meet Italian young people.

We can help with independent visits to Italy, encouraging people to discover the life of the Protestant church there. We can offer information about travel and contact with local Waldensian churches and opportunities for vacation work in Italy can be suggested. Italians wanting to spend time in Britain to improve their English can be found families to stay with.

A Newsletter is sent to members about twice a year with information about these activities and events, with news about the Waldensian Church. Copies of the Newsletter are sent to friends in Italy.

Recommended reading about the Waldensians

You are my Witnesses – the Waldensians across 800 years
by Giorgio Tourn and Associates – authoritative, very readable, and well illustrated. price £10

The Waldensians- the First Protestants
by Ruth Cranfield price £1