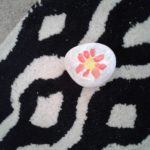 The following statement and prayer comes from Karen Campbell, the United Reformed Church’s Secretary for Global and Intercultural Ministries, and the Moderators of the URC General Assembly, Derek Estill and Revd Nigel Uden.

“I have come that you might have life in all its fullness.” Jesus Christ said this more than 2,000 years ago. But when will that fullness of life be afforded to all people – irrespective of the colour of their skin?

The United Reformed Church has no hesitation in adding its voice to the outrage and dismay expressed following the brutal killing of George Floyd. Floyd is the latest in a long line of black people killed in the USA by police officers – those whose sole authority comes from the motto “to protect and to serve”.

His killing is one more in a catalogue of deaths of black people at the hands of white individuals, in what the United Church of Christ described as a ‘modern-day lynching’. The Presbyterian Church (USA) demands that the “racism, white supremacy and anti-blackness so prevalent in our country must end”.

Together with our sister Churches in the USA, the United Reformed Church declares that racism – in any form – is a sin against humanity, and a sin against God, who created all people in God’s own image and likeness.

For too long, black peoples have had to negotiate a world ordered according to white privilege and white dominance; a status quo which presumes that ‘whiteness’ is inherently more entitled and superior to blackness.

For too long, black communities have borne the brunt of systemic injustices, impacting their health, their finances, their education, their prospects, their lives.

How long will they be asked – and expected – to turn the other cheek, to keep bearing and forgiving the injustices they suffer, only to find that there is no repentance on the part of those who oppress; no change being offered in the face of their perseverance?

The outcries following George Floyd’s death are testimony that many in these communities are tired of the injustice, tired of the struggle, tired of having their dignity undermined and their voices ignored.

As Christ’s Church, we must actively share in God’s particular concern for people who find themselves oppressed by systems of privilege and power.

We are reminded of the deep injustices which impact Black and Minority Ethnic (BAME) communities within our own shores. The issue of white privilege shaped much of the Brexit discourse.

It can be seen at work in the hostile environment, the Windrush scandal, the Grenfell Tower scandal, stop-and-search policies, the over-representation of BAME people in the prison system, and the deaths of BAME people in police custody.

Systemic racism is prevalent. So, it is not enough that we are ‘not racist’, we must be anti-racist – actively working to recognise and address bigotry in our own lives, and then to dismantle the structures of racism and injustice in our world.

In the words of the United Church of Christ USA: “somehow we must garner the strength to call out this evil. We must bolster the courage to face this head on and call it by name. Only when we choose to face the evil can we cast it from our collective being.” We must be the change we want to see.

As Christians, we heed Christ’s call that we should be one, we reaffirm our unity with all people through the love of our one parent-God, and we declare that it is meaningless to claim that “all lives matter” until Black Lives Matter.

We offer this prayer, bringing to God the pain and concern of our fractured world, condemning all violence and yearning for change:

Prayer
Eternal God,
deeply troubled by what is happening following George Floyd’s death,
and by too much other inhumanity that doesn’t reach the headlines,
we cry to you as the one
whose love was the victor at Easter and
who pours it into our hearts at Pentecost.
As we observe the pain of a fractured world,
use your love to drive us from sadness to compassion;
as we watch the pain of the bereaved,
use your love to move us from pity to companionship;
as we are faced with the pain of marginalised people,
use your love to point us from complacency to your commonwealth.
In our praying,
let us not just talk to you,
but yield to your love;
in our anger,
let us not just rail against injustice,
but manifest your love;
in our actions,
let us not just flail about aimlessly,
but build the civilisation of love.
Until none of us are disregarded for who we are
nor any diminished by what we fail to be,
we keep on praying in the name of Jesus Christ,
Amen