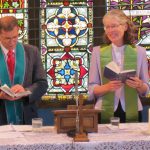 Since 2015, Tod and Ana Gobledale have been serving Salisbury United Reformed Church, as part of a pastorate 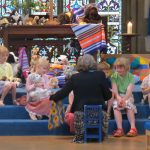 From 1984-1991 Tod and Ana served the United Congregational Church of Southern Africa (UCCSA) in rural South Africa. They co-authored “Hearing the Bible Today” for the UCCSA Task Force on the Church (1990). They lived illegally in a Zulu community and were evicted from South Africa in 1991.

They served the Congregational Christian Church in Franklin, New Hampshire USA, a United Church of Christ congregation,1991 -1994 when they returned to southern Africa to serve as ministers at the UCCSA in Plumtree, Zimbabwe, a pastorate of 16 congregations. In May 2000, they fled the rising violence in the country.

From 2003-2008, they served as chaplains and lecturers at Churches of Christ Theological College (CCTC), Mulgrave, Australia, (now Stirling Theological College) seconded by Global Ministries. They were responsible for continuing education for ministers and supervising students in ministry as well as being involved in justice and inter-faith activities.

From 2008-2010, Ana & Tod served as Interim Co-Ministers at the Kirkland Congregational Church United Church of Christ near Seattle, Washington USA, while awaiting visas for the United Kingdom.