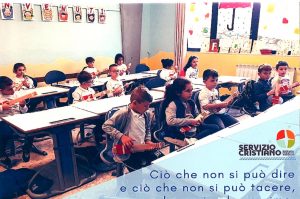 Revd Colin and Anne Marsh will be sharing about their links with the Waldensian Church in Italy, especially describing their work with Waldensian schools in Sicily and northwest Italy since 2006.

Colin was a civil engineer and university lecturer before becoming an ordained minister of the United Reformed Church in 1986.  Anne is a trained singer and was a teacher for 47 years in secondary and, later, in primary schools. She taught a range of subjects from mathematics to music, led school choirs and re-wrote Shakespeare plays for performance by Year 6 pupils.

The Waldensian Church, Italy  (from https://www.globalministries.org/the_waldensian_church_italy ) 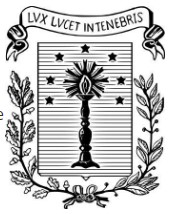 The Waldensian movement, stemming from the work of Peter Waldo in the 12th century in Lyon, France, was marked from its very outset by a firm attachment to the authority of scripture. In 1184, the movement was officially excommunicated and the Waldensians were then scattered to various parts of Europe. They put down particularly deep roots in the Alpine region of Piedmont, still known as the Waldensian Valley.

At the Waldensian Synod of Chanforan in 1532, the Waldensians decided to adopt the Reformed system for the organization of their own life.  They built their first church in 1555, but they continued to be exposed to severe persecution.  A new stage in the history of the Waldensian Church in Italy was initiated by the Emancipation Edict of 1848, which although not a declaration of full religious liberty, did rescind much discriminatory legislation and enabled the Waldensians to establish themselves in various parts of Italy.  In 1979, the Waldenisan Church was federated with the Italian Methodist Church.  The two churches maintain their separate identities but are joined in a single Synod.  In 1990, the Waldensian-Methodist churches entered a covenant with the Baptist churches in Italy.  The Waldensian Church’s membership is small, but it holds a disproportionately strong influence and positive reputation in society, due in part to its consistently strong and active sense of social responsibility and involvement.